Galatea’s final seagoing voyage was in 1959, after which it became a shore-based ship at Ferrol, Spain and continued to serve an educational role. The vessel was used to provide naval training and provided many young men with the opportunity to learn about rigging and the maintenance of a ship. The transition to a shore-based ship is yet another example of the vessel adapting to survive over the years. 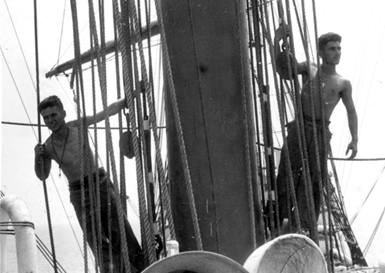 Cadets pose for photos in 1950

Galatea continued in this role until 1979 when the ship was finally retired from service. A plan was put in place to transform Galatea into an exhibit at the Expo’92 in Seville, Spain. To prepare for this, Galatea was put into dry-dock in 1981. During this time the ship was re-plated below the waterline, and the masts and yards were taken down and stored so that the vessel could be towed to the Guadalquivir River. 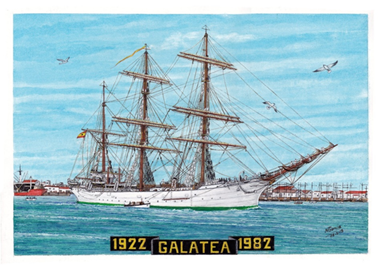 Painting of Galatea by N Garcia

However, the plan never came to fruition, as the funding needed to prepare the ship for the exhibition fell through. Galatea was then moored on a remote quay as a storage vessel. During this time the ship was vandalised and even sank at one point. The vessel was brought back to the surface and pumped out, and then moved to a quay in Seville where it was essentially abandoned. This neglect led to the ship deteriorating dramatically.

The Clyde Maritime Trust had been set up in 1991 with the goal of establishing a museum to celebrate the rich maritime history of Glasgow. It was in the early 1990s that the abandoned Galatea was recognised as one of only five Clydebuilt steel sailing ships still afloat in the world. Our trustee Sandy Taggart was very involved in the initial discovery of the vessel and the move back to Scotland. He has confirmed that when he and his wife were viewing the abandoned and derelict ship in Seville, they were told that there were plans for it to be broken up very soon. If the Clyde Maritime Trust had not gotten involved, it is very possible that Glenlee could have been lost forever. In June 1992, the ship was purchased at auction by the Trust, for the around £40,000. This was the start of an exciting new chapter for Glenlee. 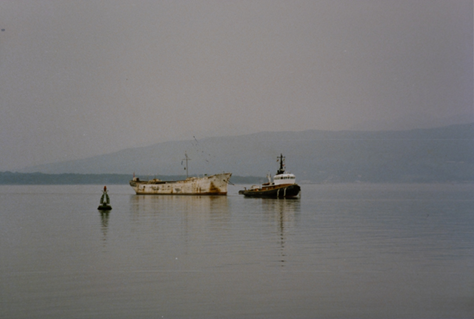 Galatea being towed by the tug Wallasey, 9th June 1993

The Swansea tug Wallasey arrived in Seville and on 1st June 1993, Galatea left Spain for the last time. The ship survived an incredible career with the Spanish Navy, and many were saddened by its departure. Today the original Galatea figurehead can be seen at the entrance to the La Grana Naval Base in Ferrol, and the Galatea wheel is also displayed at the museum there.

The ship arrived at the James Watt Dock in Greenock on 9th June 1993. It was re-painted, and the bowsprit re-fitted, before being towed to Yorkhill Quay in Glasgow. On 6th July 1993, the ship was renamed Glenlee, its original title, by the Lord Provost of Glasgow. A significant period of restoration would follow. 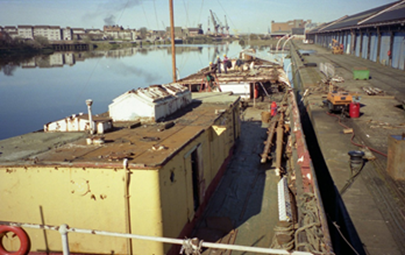 If you would like to know more about the restoration of Glenlee, look for our article next week.