The Tall Ship Glenlee: An icon of Glasgow

In addition to the new weather deck, the restoration of Glenlee also included the installation of a new tween deck. The tween deck gets its name from being ‘between’ the other two decks of the ship. Today, the space is used for events, exhibitions, learning activities, and as the location for our onboard café.

Over the years a lot more work was carried out. An environmentally-friendly heating system was installed, the poop cabin was recreated, the windlass was stripped and repaired, and the learning room was fitted out. Also, the engine room was refurbished, the cargo hold was opened up, a lifeboat and cutter were built, the rigging was maintained and expanded, and the decks were continuously caulked. The restoration of the ship remains ongoing, and taking care of Glenlee is hard work. The crew need to caulk the deck regularly, and every 25 years the deck has to be completely refastened. Every year the rigging needs to be inspected and worked on, and every 10 years Glenlee needs to go to dry-dock and have the hull inspected and repaired. All donations and support the Tall Ship Glenlee receives makes this work possible. 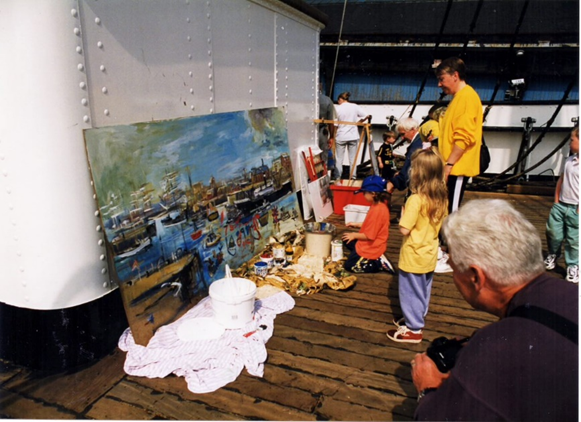 On 30th July 1999, Glenlee took part in the Cutty Sark Tall Ships Race, held in Greenock. Throughout that weekend, over 10,000 people were able to visit the ship. 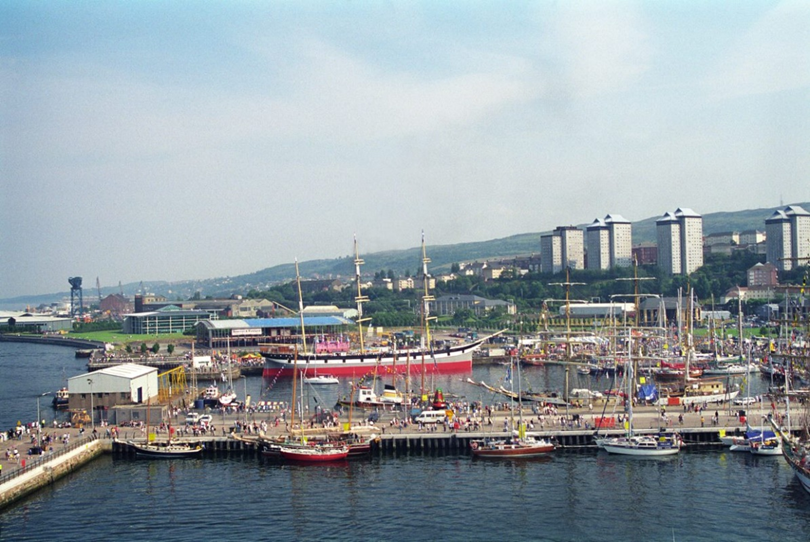 It is also worth noting that on the 11th of August that same year, the first woman would ascend the rigging. This honour was given to our trustee Elizabeth Allen.

On 13th August 1999, The Tall Ship Glenlee opened to the public for the first time as a museum ship and visitor attraction. 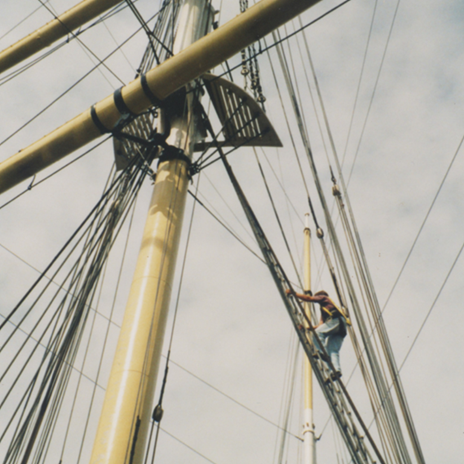 From 1999 until 2011, The Tall Ship Glenlee was berthed at Yorkhill Quay, next to the 19th-century pumphouse building where the Clyde Maritime Centre was based. Today, that same building is the Clydeside Distillery. 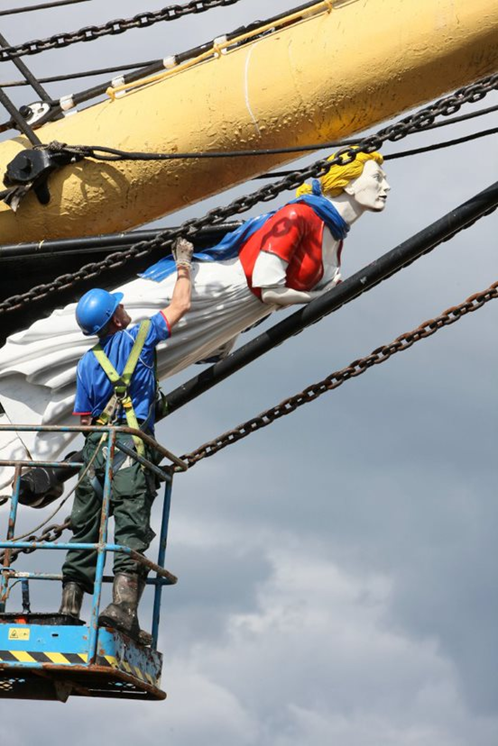 After just over a decade at Yorkhill Quay, the Tall Ship Glenlee was invited by Glasgow City Council to move to a new location at Pointhouse Quay, next to the newly opened Riverside Museum. After completing a third dry dock, the ship was towed to this new location on 5th May 2011. On 21st June the Tall Ship Glenlee opened to the public at the vessel’s new home next to Riverside Museum, where the ship remains today. 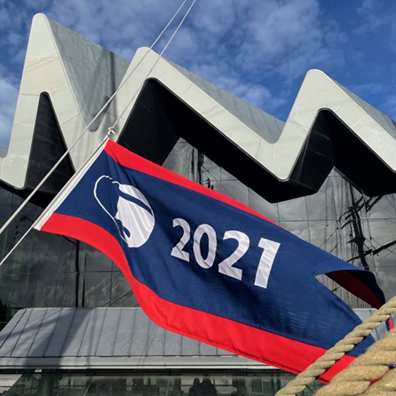 Flag from National Historic Ships, showing that The Tall Ship Glenlee is the Flagship of the Year. Image courtesy of Marc Turner.

This year the Tall Ship Glenlee was thrilled to be named Static Flagship of the Year by National Historic Ships. It was extra special for us to receive this award in the same year as our 125th anniversary.

Over the years The Tall Ship Glenlee has continued to develop as a museum ship and visitor attraction. There are interpretation displays around the ship which tell the story of the vessel over the years, and these have continued to expand. There have also been many exciting exhibitions over the years, showcasing not only the history of Glenlee but other aspects of maritime heritage. The learning programme has developed considerably over the years. The Tall Ship offers several exciting and informative learning workshops for school and nursery visits, while also operating an active programme of informal learning activities. Additionally, the Tall Ship Glenlee operates a boatbuilding workshop, which assists with the maintenance of Glenlee while also constructing other small vessels. Glenlee has also become a thriving venue for hire, hosting a wide range of events such as concerts, weddings, conferences and children’s birthday parties.

Article by Amy McInulty and contributions by Lauren Henning